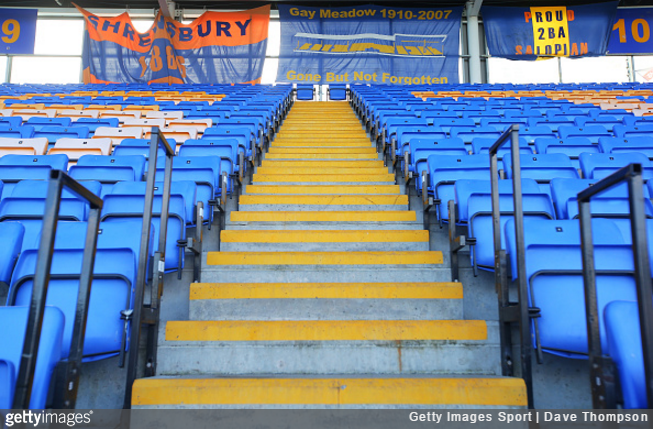 Shrewsbury Town have become the first English football club to apply to install a safe standing zone at their stadium.

The League One side have submitted a proposal to the FA to remove around 555 seats from the terraces at Greenhous Meadow and replace them with approximately 400 ‘rail seats‘.

According to BBC Sport‘s Richard Conway, the Shrews are aiming to have their safe standing zone in full use by the end of the 2017/18 season.

Shrewsbury reckon they need around £75,000 to finance the development and are hoping to do so through a crowdfunding drive in conjunction with both the Football Supporters Federation (FSF) and the rather grandly named Shrewsbury Town Supporters’ Parliament.

Celtic installed a large safe standing area at Celtic Park last summer and it proved to be an instant hit, with fans enjoying an improved atmosphere amid safer conditions.

Should Shrewsbury get the nod, you feel it might just set the ball rolling for many (possibly all) other Football League clubs to follow suit.