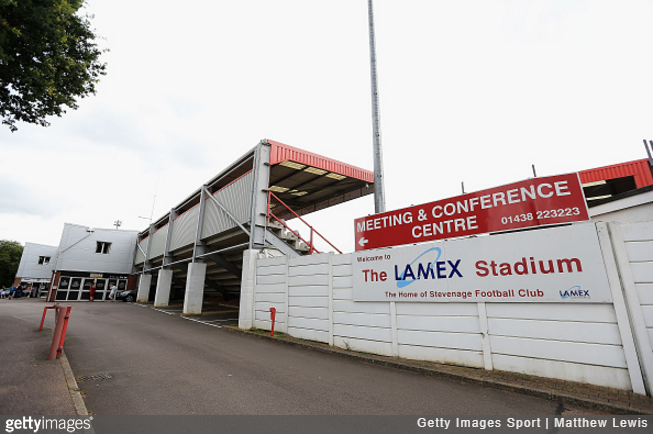 Word has it that droves of male Lincoln City fans are planning to attend next weekend’s trip to Stevenage while wearing bras in protest over the security searches allegedly conducted by the latter club’s staff on female Grimsby supporters last month.

Reports at the time suggested that female Grimbsy fans were made to reveal their bras so that the wiring could be checked by Stevenage stewards (also female, it should be noted) before entering the Lamex Stadium when the two sides met in League Two on August 20th.

The Mariners Trust subsequently claimed that the women in question had been left “outraged” by the intrusive searches, with both the Football League and Stevenage themselves announcing that they were looking into the issue.

And so, in a show of solidarity (of sorts), a group of Lincoln fans have vowed to wear bras over their shirts when they make the journey to the Lamex next Saturday.

One of those supporters, 33-year-old Simon ‘Sid’ Chanter, head of the Sid Army fan group, explained the plan to Lincolnshire Live:

I went to Primark and bought a bra for a fiver. It was a bit embarrassing at first and it was hard to find one that would fit as they were all too tight.

We found one in the end, but the woman in the shop told me not to wear it all day as it might be a bit uncomfortable.

Some Lincoln fans are going to wear them at Stevenage to make a point over what they say happened at their game with Grimsby.

If it happened, it isn’t right and stewards shouldn’t be doing that.

We can sort of see their point, but it’s hardly the most coherent of protest movements.

Actually, it sounds like a flimsy excuse for a group of ruddy bloody blokes to leave the house wearing their bras but whatever floats your boat, we guess.