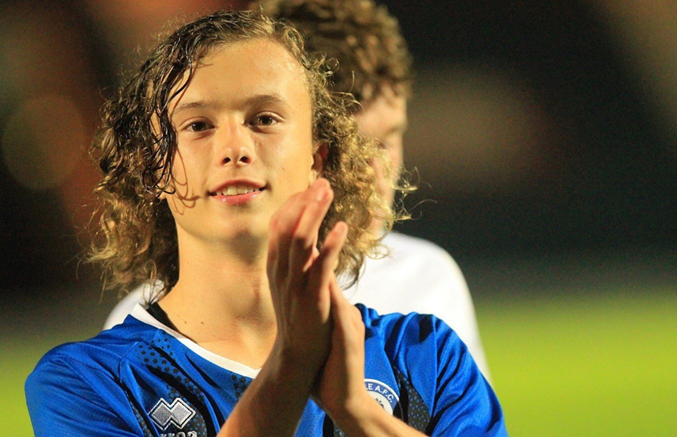 In somewhat depressing news, the tousled young mite you see above made his senior professional football debut on Tuesday night.

Aged just 15 years and 336 days, Luke Matheson came on as a 13th-minute substitute for Rochdale in their Checkatrade Trophy tie against Bury, thus becoming Dale’s youngest ever player.

13. DALE SUB | 🔁 15-year-old Luke Matheson is on for Randall to make his debut, becoming Rochdale’s youngest ever player! 👏 #RAFC

Just to rub it in, this all came mere hours after Matheson had returned to school after the summer holidays that very same day.

What’s more, not only did the teenager break a long-standing club record, he also earned the Man of the Match award in a 2-1 victory for Dale over their local rivals.

A truly brilliant day for an obviously gifted young man.

Corr. It’s enough to make you sick, ain’t it?