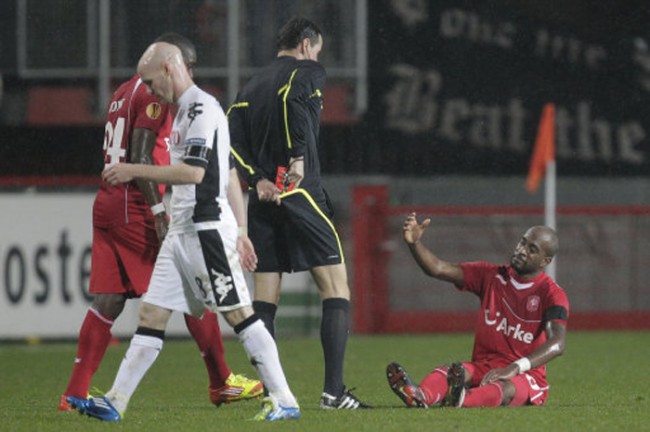 A late goal from FC Twente sub Marc Janko secured a 1-0 away win for the Dutch side against FUlham last night, a result that leaves the Londoners needing a victory from their final group game if they are to make it to the last 32.

Twente have been in impressive form in the Eredivisie this season, and the controlled the game against the Whites throughout. However, Martin Jol will rue misses from Andrew Johnson and Bobby Zamora in a game with few real chances.

Ultimately, it was sub Janko who would break the deadlock on on 89 minutes, when he converted a Roberto Rosales cross, a goal which secured first place in Group K for the Dutch side.

To make matters worse for Fulham, Andrew Johnson saw red after picking up a second yellow for kicking the ball away in stoppage time. The former Crystal Palace man will now miss the vital clash with Danish side Odense at Craven Cottage on December 14th. However, if FC Twente beat Wislaw Kracow in their last game, Fulham will still go through as the Poles are currently on six points, one behind the Cottagers.