In this morning’s ‘storm in a teacup’ news, Luis Suarez is supposedly in trouble with the FA after it was flagged up that the Uruguayan made an ‘inappropriate gesture’ towards the Fulham fans after Liverpool’s defeat at the Cottage last night… 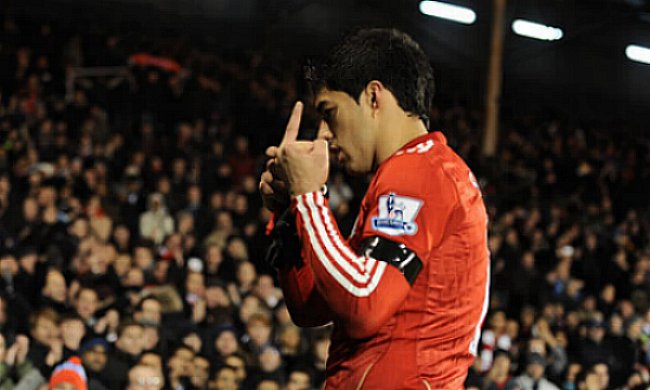 Suarez took a merciless hounding from the home fans (‘cheat, cheat, cheat’, etc) after trying and failing to wean a penalty out of referee Kevin Friend in the second half and was more than happy to offer the Fulham fans his feedback on their constructive criticism as he left the pitch at the final whistle.

King Kenneth of the family Dalglish had this to say:

“[Calling Suarez a cheat] is scandalous. We’ll look after Luis as best we can, and I think it’s about time he got a bit of protection from some people.

“His integrity is impeccable. He can look in the mirror and go to bed at night and sleep soundly.”