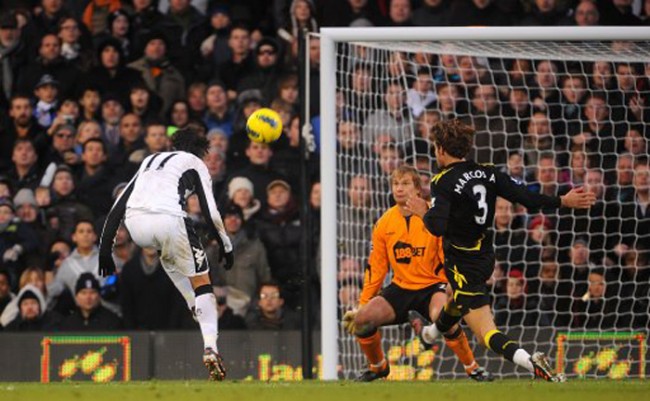 Fulham put the disappointment of that last-gasp exit from the Europa League in midweek to register a deserved win against a directionless Bolton side at Craven Cottage.

The under-rated Clint Dempsey was the star of the show for the home team, heading past Jussi Jaaskelainen just after the half-hour mark following good work from Bryan Ruiz. Dempsey then returned the favour for the Costa Rican striker who scored with a superb lob.

The Trotters, on the other hand, rarely troubled Fulham, although substitutes Chris Eagles and David Ngog did go close for the visitors late on.

While Martin Jol’s men move to 11th in the table, Owen Coyle’s time at Bolton must surely be coming to an end as his side remain firmly rooted to the bottom.