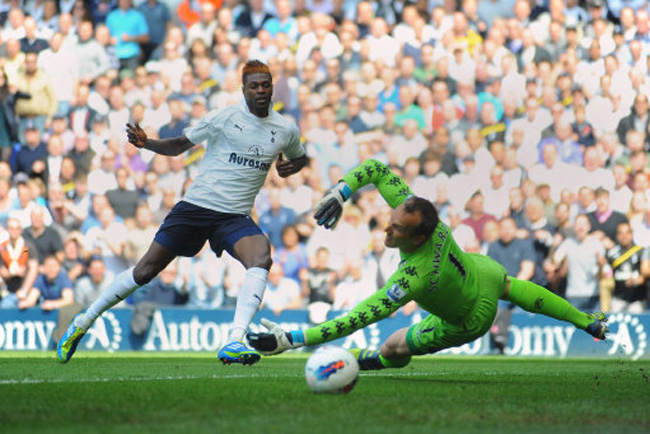 Spurs strolled to a 2-0 victory against Fulham at White Hart Lane, a result which cemented their place in the Champions League qualifiers for next season. It also meant that the Lilywhites ended the season with the best record in London derbies this season.

Former Arsenal man Emmanuel Adebayor netted within the opening two minutes before Jermain ‘No E’ Defoe made it 2-0 on the hour-mark, with both goalscorers sporting ‘interesting’ hairstyles.

Ex-Spurs boss Martin Jol can look back on a superb season which sees the Cottagers finish in 9th place. As for ‘Arry and co, they’ll be hoping Chelsea fluff their lines in Munich.