You’re looking at Clint Dempsey’s year book from Nacogdoches High School, in which he makes a bold prediction as to his future in the game. What followed was three years at university then another three playing for New England Revolution before Fulham came a-callin’ in 2007.

He was only a year and a bit off, not bad… 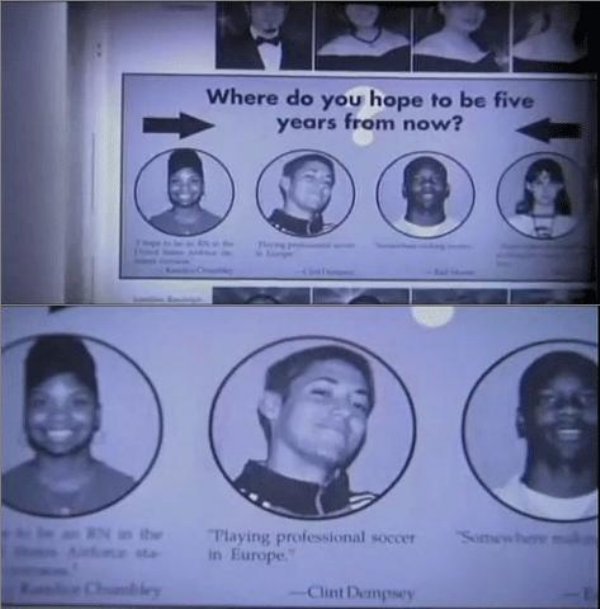 Look at that pose. What a champ.