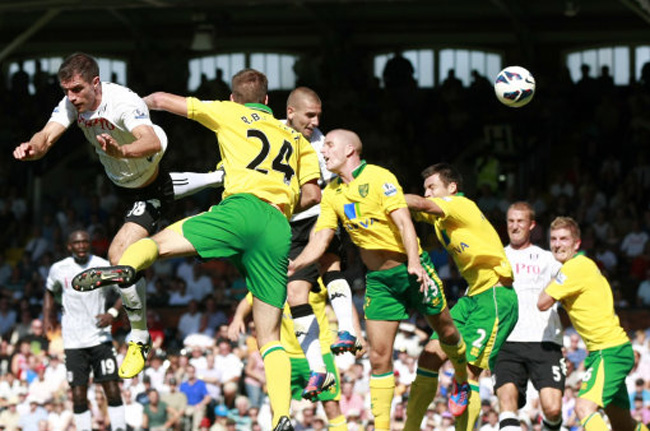 West London was obviously the place to be on Saturday for Premier League debutantes: while over at Loftus Road, Swansea’s Michu was bagging brace, at Craven Cottage, Fulham’s new Croatian hitman, Mladen Petric, was also knocking in two goals on his debut.

With Moussa Dembele runnin’ tings (sorry) in midfield for the Whites, and Norwich looking very poor, the home side cantered to a 5-0 win. As well as a brace from former Hamburg man Petric, Damien Duff, Alex Kacaniklic and Steve Sidwell (from the penalty spot) also got on the scoresheet as Martin Jol’s side put on a superb performance of neat attacking play.

It is only one game, but I sense that already, new Norwich boss Chris Hughton has it all to do. And I’m not sure he’ll be able to do it.

As for Fulham, who needs Clint Dempsey anyway?