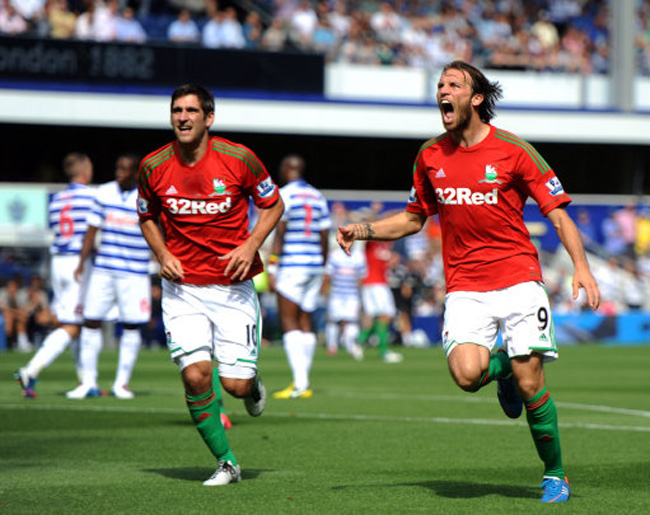 While former Swans’ boss Brendan Rodgers was watching his new Liverpool side go down 3-0 at West Brom, the new man in the hot seat at Swansea was enjoying a five-goal mauling of QPR at Loftus Road.

A magnificent player who lit up La Liga himself, Michael Laudrup’s bargain purchase of  schemer Michu could be one of the buys of the season, with the former Rayo Vallecano attacking midfielder bagging  a brace on his debut. Nathan Dyer also netted twice as Rangers, despite having new-boys Ji-Sung Park and Junior Hoilett in their ranks, put on an awful home display. It was the west Londoners’ defence, however, that was mostly to blame, in a display that won’t have impressed Marky Sparky Hughesy.

Before the end Scott Sinclair, who looks to be leaving the Welsh side, bagged the fifth as Laudrup’s introduction to the Premier League went rather well.

Oh and a word of advice for Sparky: It’s no use bringing in a few decent players if you still have the likes of Clint Hill and Shaun Derry in your team.