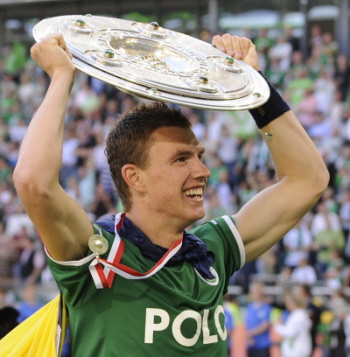 Rumour No.1: Despite Carlo Ancelotti’s repeated protestations that Chelsea will remain dormant during the transfer window, The Daily Mirror are today reporting that The Blues are preparing a huge bid to trigger the buy-out clause in Edin Dzeko‘s contract with his current club Wolfsburg.

AC Milan were said to have been the Bosnian goal machine’s first choice destination but the Rossoneri couldn’t meet the £36 million sum needed to free Dzeko from his contract at Wolfsburg, clearing the way for Chelsea to move in for the striker.

Milan had reportedly offered a swap deal involving Klaas-Jan Huntelaar but the reigning Bundesliga champions are intent on fully cashing in on Dzeko, who has become one of the most sought after ‘big men’ in Europe this year and Chelsea see the powerful 6′ 4” hitman as an ideal addition to their forward ranks. 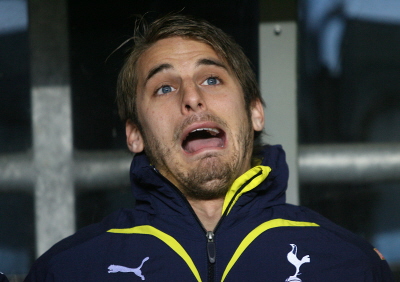 Rumour No.2: Sunderland have set their sights on recruiting Tottenham Hotspur duo David Bentley and Alan Hutton. Spurs are willing to let both players move on, but are asking for a hefty £14 million fee for the pair (£10 million for Bentley and £4 million for Hutton).

Sunderland manager Steve Bruce’s priority this January is to strengthen his defence and, after seeing a bid for Michael Dawson knocked back by Spurs last week, has turned his attention to acquiring Hutton instead. Bruce is also a great admirer of Bentley’s and is keen to offer the ex-Blackburn man a new lease of life at The Stadium Of Light.

The Best of the Rest: Fulham are close to agreeing a £1 million deal for Greek winger Dimitris Salpigidis who currently plies his trade at Panathinaikos.

Liverpool are tracking Wolve’s former England U21 international Richard Stearman. The versatile 22 year old defender can play anywhere across the back and has already attracted interest from a few of the Premier League big boys.

Jonas Gutierrez is keen on a loan move to Paris Saint Germain to improve his chances of making Argentina’s World Cup squad. Gutierrez has been in and out of the first team at Newcastle this season and the offer of a regular start may prove to tempting for the winger.

Middlesbrough are seemingly desperate to recruit a striker or two during the transfer window and have now turned to Hull City’s Jan Vennegoor-Of-Hesselink to provide short term cover up front.

West Ham will attempt to sign James Beattie from Stoke in the next few days. The striker has fallen out of favour at The Britannia after a dressing room bust up with manager Tony Pulis and is eager to leave the Potteries, most likely on loan.

Wigan misfit Olivier Kapo has joined French club US Boulogne on loan until the end of the season.

And finally, Reading fans rejoice! Stoke’s veteran defender Andy Griffin is set to arrive on loan and save your season!