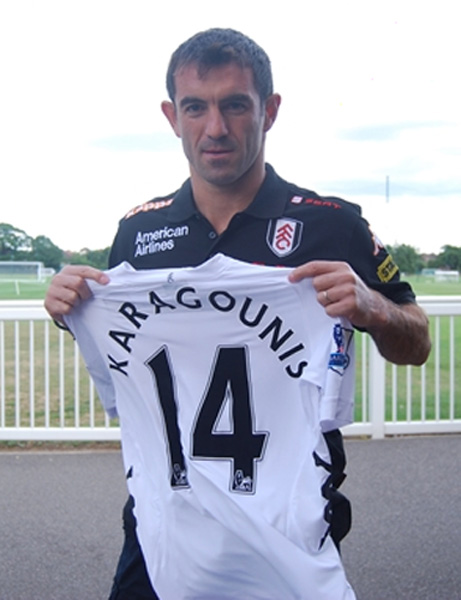 A bit of left-field one, this, but Martin Jol and Fulham have surely pulled off one of the most interesting deals of the new season by signing Greek midfield dynamo Giorgios Karagounis on a free from Panathinaikos.

The former Internazionale and Benfica man has been one of the stars of Greek football over the past decade or so, breaking the record for most appearances (120 now) and  mixing a feisty work ethic with sublime playmaking skills. Indeed, he has that same south-east European spiky spirit so prevalent in the likes of Hagi, Stoichkov and Savicevic.

Central to the Greeks shock Euro 2004 win, and a key player in their 2012 Euro Finals campaign, the veteran schemer will surely bring a bit of drama, if nothing else, to Craven Cottage.

I remember him, in David Beckham’s famous England game against Greece in 2001, outplaying everybody on the pitch, and that includes Beckham himself.

Expect fireworks from the pint-sized terrier a la the photo below. That’s if his legs can stand the pace of the Premier League, that is. 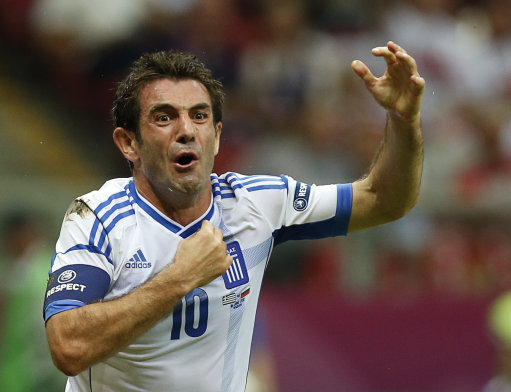