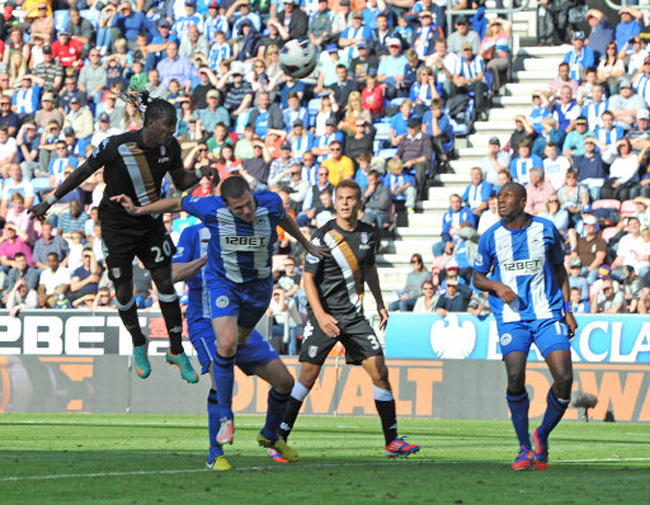 As is so often the case, a former player came back to haunt his old club, this time in the form of Fulham’s Hugo Rodallega at the DW Stadium.

The ex-Wigan star netted on the half-hour mark, heading home after a clever cross from Dimitar Berbatov. The Bulgarian was in superb form for the Cottagers, who went 2-0 up courtesy of Damien Duff on 68 minutes as the home side struggled to match Martin Jol’s men.

Aruna Koné did bag a late consolation goal for the Latics, but while Fulham look well set for another decent season, one wonders if Roberto Martinez’s relegation-dodging luck will finally run out come May.