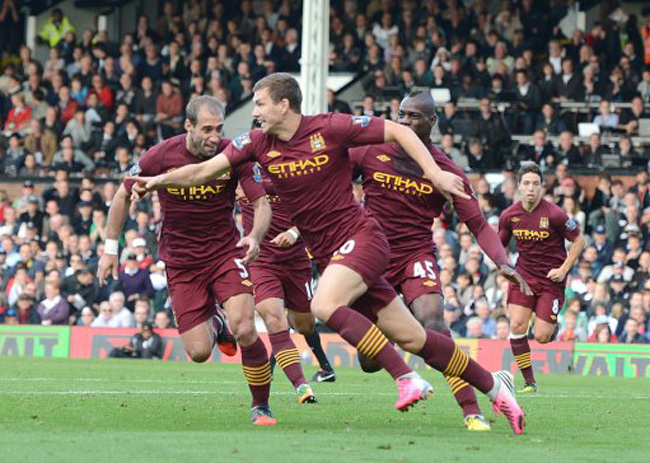 Mladen Petric opened the scoring for Fulham against the champions on Saturday afternoon, courtesy of a spot-kick (after a very harsh penalty decision). However, the relentless pressure from the Citizens eventually paied off, with Sergio Aguero netting just before half-time.

After the break, City pushed for the winner but just couldn’t find a way past Mark Schwarzer in the Fulham goal. Then, with four minutes to go, Roberto Mancini replaced holding midfielder Javi Garcia with striker Edin Dzeko and the change immediately paid off, with the big Bosnian firing home after a Gael Clichy centre.

Not a classic display from the champions, but a battling performance and most importantly of all, three more points.