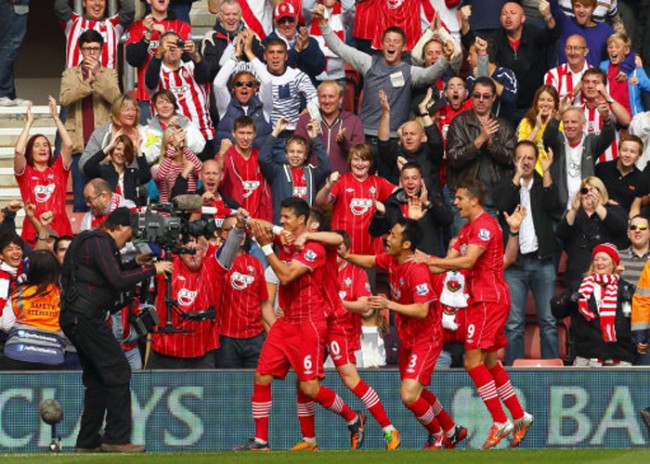 A last-gasp equaliser from Jose Fonte secured a draw for Southampton at St. Mary’s on Sunday after an entertaining clash with Fulham.

The Portuguese defender opened the scoring after just four minutes. But after the break, Martin Jol’s men staged a late comeback, courtesy of an own-goal from sub Jos Hooiveld and then a deflected shot from Kieron Richardson. However, with time almost up, Fonte struck again, heading home a valuable equaliser for the Saints.

Southampton now finds themselves a point clear of the bottom three while the Whites rank ninth, with 10 points from seven games.