Lots of lovely rumouration (definitely a word) this morning, here’s the Euro-tinged round up… 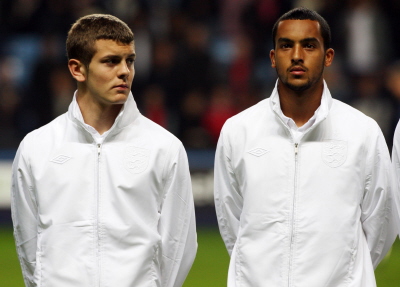 Jack and Theo on work experience at the Path Lab

Rumour No. 1: A couple of teams are lining up loan moves for precocious Arsenal starlet Jack Wilshere. Steve McClaren’s FC Twente are keen to secure the services of the youngster but, after Wilshere himself has said he’d prefer a move to another Premier League club, Bolton Wanderers look more likely to sign the young Gunner with new boss Owen Coyle a known admirer of the 18 year old. 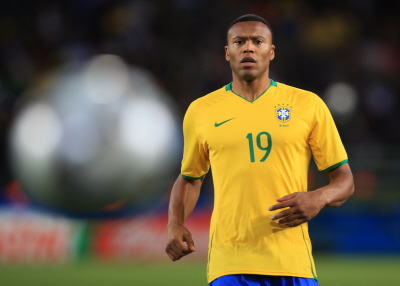 The Brazilian ‘Indiana Jones’ bombed at the box office

Rumour No. 2: Inter Milan are to offer Roma the rights to Nicolas Burdisso (who is on loan at The Stadio Olimpico from Inter) plus a lump of cash for return for their ungainly forward Julio Baptista after a loan deal fell through earlier in January.

The Nerazzuri bizarrely see the Brazilian as a long term alternative to Wesley Sneijder, the only difference between to two being that Sneijder is really quite good and Baptista is really quite poor.

The Best of the Rest:  After the reports this morning that Stoke will try to tempt David James to The Britannia, comes the news that they are on the brink of signing Slovakian keeper Jan Mucha from Legia Warsaw and are also negotiating a deal to bring Amr Zaki back to the Premier League in a £1 million deal from Zamalek.

Liverpool may move for Roma outcast Jeremy Menez in the summer as the French winger has fallen out of favour in the Italian capital.

Portsmouth have reportedly made a ‘serious offer’ for Egyptian striker Emab Meteb who currently plays for Al-Alhy in his homeland.

Luis Jiminez is set to leave West Ham after failing to impress at Upton Park. The Chilean signed on a year long loan deal from Inter but The Hammers want to cancel the deal five months early after some uninspiring performances.

Fulham have had a £4.7 million bid accepted for Rosenborg defender Per Ciljan Skjelbred.

Sunderland have signed Ivory Coast right back Guy Demel from Hamburg SV after pipping AC Milan to his signature.

6′ 5” Red Bull Salzburg striker Marc Janko is the subject of a £6.5 million bid from Birmingham.

Blackburn are leading the race to sign out-of-favour Aston Villa midfielder Nigel Reo-Coker but they face stiff competition from Bolton, Wigan and Hull.

Wolves are set to splash £3 million out on Hull City midfielder Stephen Hunt. If the Irishman does depart, The Tigers will spend £1.25 million to replace him with Derby’s portly waddler Kris Commons.

Juventus will sign PSV’s highly rated young midfielder Ibrahim Affelay for £9 million, but only if Guus Hiddink is installed as manager.

Fiorentina have agreed terms with Partizan Belgrade’s Adem Ljajic. The Serbian was set to join Manchester United earlier in the year but a work permit issue (or the fact that he wasn’t good enough – depending on who you believe) forced United to abort.