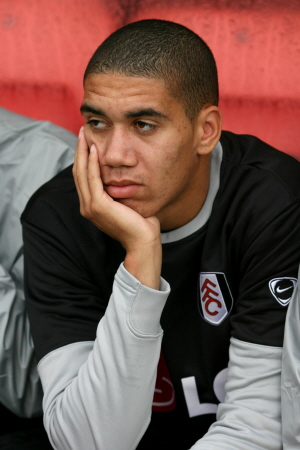 Chris has enjoyed every minute of his Fulham career

Arsene Wenger has made Fulham’s talented young centre back, Chris Smalling one of his top targets during the January window. The Arsenal boss has been impressed by Smalling’s assured performances at the heart of Fulham’s defence recently and is willing to offer £7 million to lure the England U21 international across London.

Wenger is keen to add some promising English talent to his ranks and is hoping that, by taking a calculated risk on Smalling, the centre half may eventually represent a shrewd piece of business if he continues to improve at his current rate.

Smalling would initially be bought in as cover at The Emirates as – with Johan Djourou injured, Philippe Senderos on the brink of leaving the club and Mikael Silvestre being a bit rubbish these days – The Gunners only have William Gallas, Thomas Vermaelen and an aging Sol Campbell as available first team centre halves.