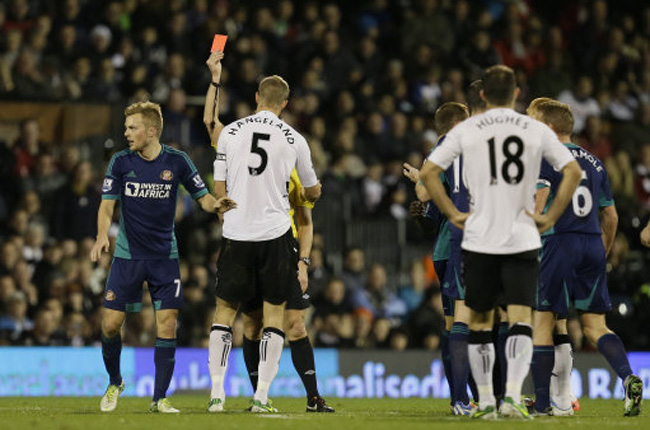 Sunderland secured only their second league win of the season at Craven Cottage on Sunday, although their victory owed a lot to the dismissal of Fulham’s Brede Hangeland.

The home side started the game well, with Dimitar Berbatov once again pulling the strings for the White. But then, on the half-hour mark, centre-half Hangeland launched himself at Lee Cattermole, with the two-footed challenge earning the big defender a straight red. At least Cattermole now knows what it’s like to be on the receiving end of a horror tackle himself.

After the break, the Black Cats eventually took control. Goal-machine Steven Fletcher opened the scoring on 50 minutes, but only after Fulham’s John Arne-Riise had hit the Sunderland bar.

Fulham, to their credit, did hit back thought Mladen Petric soon after. But two more goals then came for Martin O’Neill’s side, courtesy of Carlos Cuellar and Stephane Sessegnon.