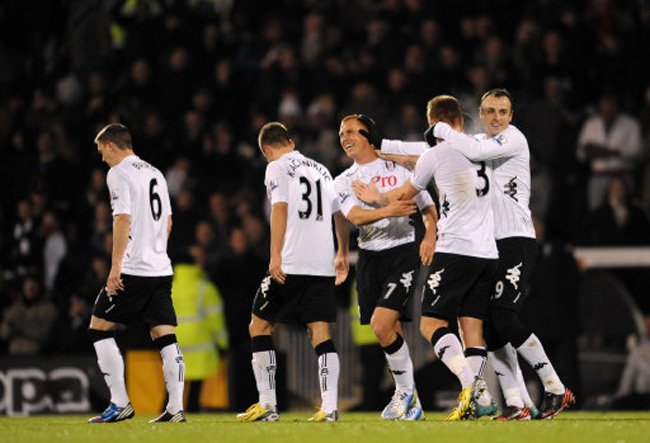 Fulham finally brought their seven-game streak without a win to an end on Monday night after beating Newcastle 2-1 in west London.

After starting the season in fine form, both sides have dropped off the pace in recent weeks and were in desperate need of a win.

Steve Sidwell opened the scoring on 19 minutes, courtesy of a deflected effort, in what was a tight first-half battle. The Cottagers had chances to extend their lead before the break but failed to get a second goal.

After the break, the Magpies battled back to level the scores, when Hatem Ben Arfa produced a superb long-range strike which totally flummoxed Mark Schwarzer in the Fulham goal. Alan Pardew’s men, much improved in the second period, pushed for a winner but instead it was Fulham who would net the deciding goal of the game when and an unmarked Hugo Rodallega nodded home a Damien Duff free-kick on 63 minutes.

The result sees Martin Jol’s men go 13th, one place above the Magpies.