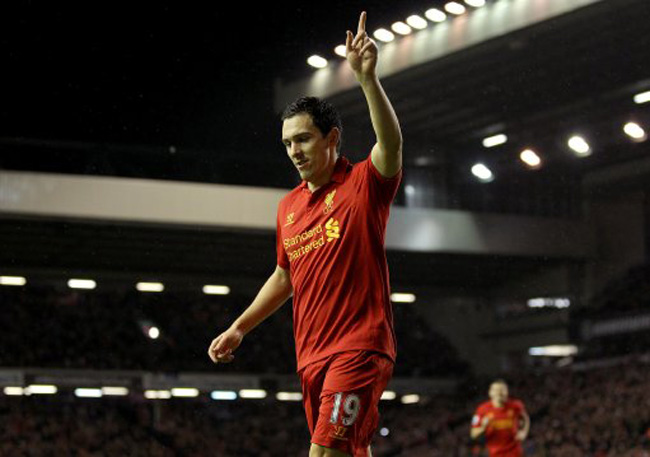 The world may have not ended yesterday, but today Stewart Downing’s conjured up a performance of earth-shaking significance, netting his first goal in the league for Liverpool as well as providing an assist for captain Steven Gerrard.

Liverpool were totally dominant against a Fulham side who looked to have their minds on their Christmas dinner rather than securing any points at Anfield.

Martin Skrtel opening the scoring courtesy of a superb right-footed volley before Stevie G slotted home the second on 36 minutes, after a clever reverse pass from Downing. The rejuvenated wideman then fired home a powerful left-footed strike on 51 minutes before Luis Suarez finally got on the scoresheet late one.

Martin Jol, never the most jolly of souls, will no doubt be fuming at his side’s tepid display while Brendan Rodgers will be enjoying the sight of his side hitting eighth place in the table for Christmas.