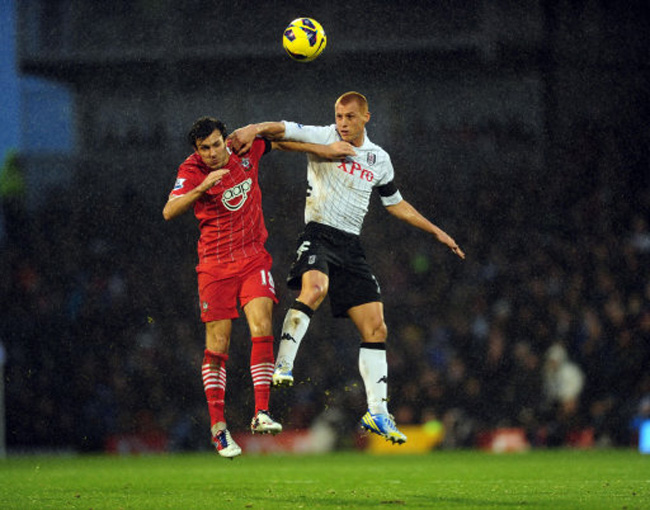 Dimitar Berbatov netted the fifth Boxing Day goal of his Premier League career, a joint-high total, as Fulham played out a hard-fought draw with Southampton at Craven Cottage. Although the less said about his home-made t-shirt the better.

The Bulgarian hitman struck after just eight minutes, firing home after Southampton ‘keeper Kelvin Davis failed to adequately deal with a cross. However, Southampton were soon on top, with Rickie Lambert and Jason Puncheon both going close.

After the break, the visitors continued to push for an equaliser and were eventually rewarded late on, when Chris Baird handled the ball in the Whites’ box. Lambert converted the spot-kick to give the visitors a well-deserved point.

Fulham now find themselves in 14th spot, six points clear of the drop-zone while Southampton, in 17th, are just a point away from danger.