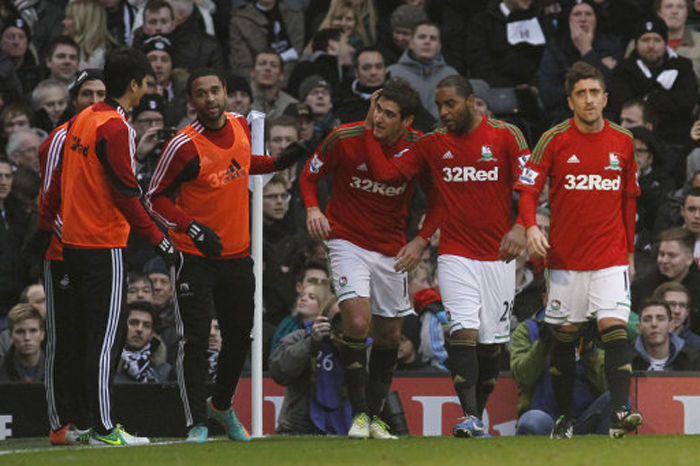 After enjoying a good start to the 2012/13 Premier League season, Martin Jol’s Fulham are plummeting in dramatic style and now find themselves just four points clear of the relegation zone.

On Saturday the Cottagers went down 2-1 to Michael Laudrup’s Swansea, with goalkeeper David Stockdale at fault for both the Swans’ goals.

Danny Graham, in for Michu from the start, opened the scoring on 19 minutes after the unfortunate Stockdale had made a right balls of a Nathan Dyer cross. The goal came after Dimitar Berbatov had failed to make the most of a great chance while after Graham’s opener Kerim Frei also failed to put away another good chance.

After the break, the Swans then doubled their lead, courtesy of Jonathan De Guzman, before Bryan Ruiz got one back for the west Londoners. Berbatov then had a goal ruled offside as the home side failed to draw level, as their poor run of form continued.

While the Whites are now in serious danger of getting sucked into a relegation battle, Swansea go ninth after securing their first win in five league fixtures.