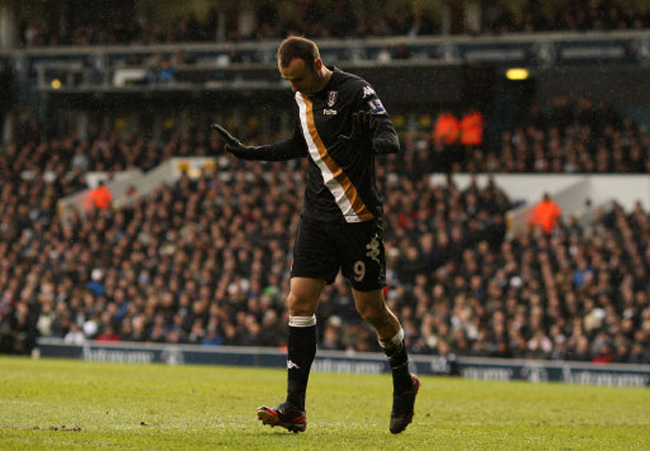 Coming on the back of that 3-2 loss away at Anfield, Tottenham’s home defeat against Fulham on Sunday will certainly have the alarm bells ringing for the Spurs faithful.

The game itself was a rather subdued affair, with Tottenham failing to spark despite having Gareth Bale back in action. Indeed, the Cottagers looked comfortable for large periods of the game.

Ex-Spurs striker Dimitar Berbatov was always a threat for the visitors and on 52 minutes, he netted the only goal of the game, firing home from close-ranger after great work from Sascha Riether. The Bulgarian didn’t celebrate the goal but players and fans alike of both Arsenal and Everton no doubt enjoyed the goal.

Brede Hangeland came close to doubling the Whites’ advantage soon after while later on, sub Jermain Defoe fired straight at Mark Schwarzer when he just had to score. But ultimately the points would go back to west London, while Tottenham will be hoping they can avoid last years’ capitulation which cost them a Champions League place. They are now just four points ahead of the Gunners, having played a game more.