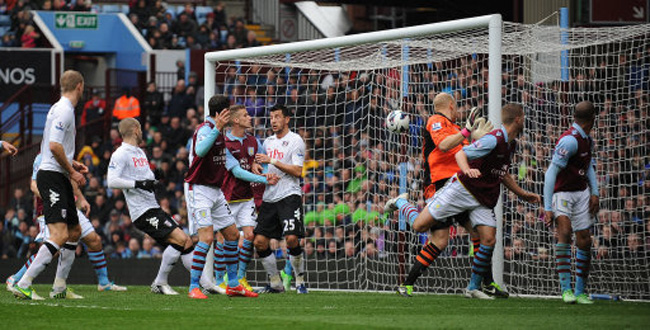 Despite creating enough chances to win this vital game, Aston Villa only came away with a point which leaves them just three points above the drop-zone.

Despite going close on a number of occasions, it took until the 55th minute for Villa to break the deadlock, courtesy of Charles N’Zogbia. That goal came after Dimitar Berbatov had hit the post but ultimately the Cottagers would get something out of the game, courtesy of poor old Fabian Delph, who headed into his own net from a Bryan Ruiz corner.

Paul Lambert’s men still have it all to do while Fulham are safe and sound in mid-table.