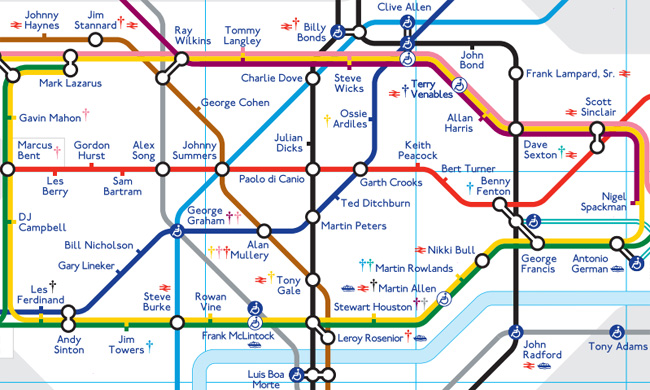 The Press Association’s very own Matchstory data geeks have come up with quite a fab new version of the iconic London Underground map, with tube stations replaced by footballers, managers associated with the capital’s rich footballing heritage.

Each London club has been designated a tube line as follows:

The really clever bit about all this is the way that players who played for two clubs are given stations which intersect both lines, such as Glenn Hoddle who takes Ickenham station which connects Chelsea and Tottenham and Tottenham Court Road which is renamed Paolo Di Canio and connects West Ham and Charlton lines.

As you can imagine, the full map is quite huge, so download it from this page. Perusing the whole thing is as good a way as any of wasting a few minutes (or hours) of your life!