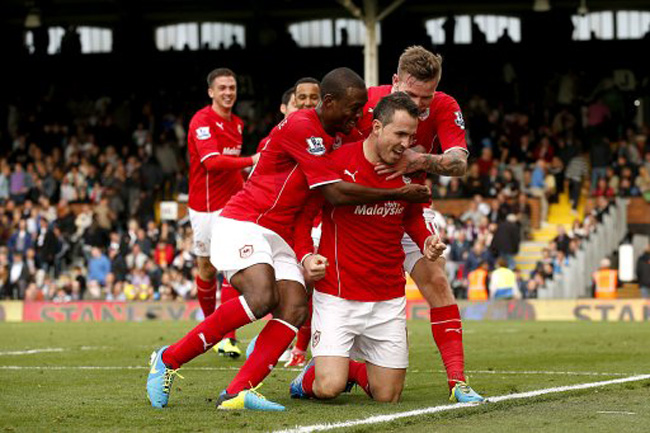 A last-gasp cracker from Jordon Mutch secured a superb away win form top-tier new-boys Cardiff at Craven Cottage, a result which increases the pressure on Whites’ boss Martin Jol.

Ex-Spurs defender Steven Caulker opened the scoring after just 12 minutes, heading home from a corner. However, Fulham, despite losing captain Scott Parker to an early injury, battled back to level the scores on the stroke of half-time. Bryan Ruiz was the goalscorer for the Cottagers, curling home a superb long-range effort.

In the second period, both sides had chances to win the game before Mutch, at the death, swivelled and fired home a magnificent effort from 25 yards which ended in the top corner of David Stockdale’s goal.

The Bluebirds go 12th while Jol and co. remain in the bottom three.