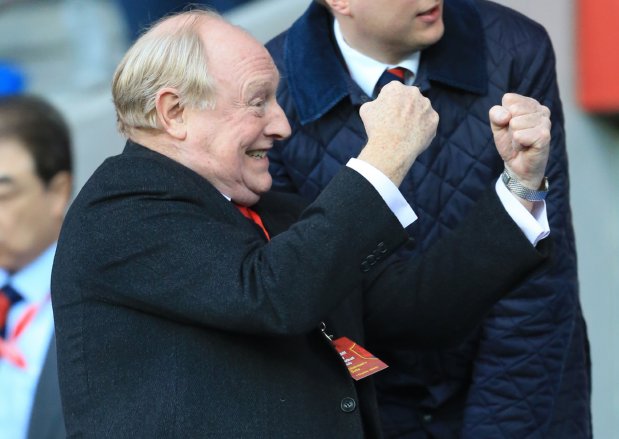 Former Labour party leader Neil Kinnock – now Lord Kinnock to serfs like us and “Baron Kinnock of Bedwellty” to give him his full title – was reportedly kicked out of his seat while watching his beloved Cardiff City play Fulham at Craven Cottage this weekend after upsetting home fans by “wildly celebrating” his side’s goals.

According to the Telegraph, Kinnock provoked “angry responses” from the Fulham fans sitting around him by jumping up and down following Steve Caulker’s 12th-minute opener and was then seen again “going bonkers” – having already been escorted (along with his two grandchildren) to a different part of the stadium – when Jordon Mutch scored his sublime 90th-minute winner.

A spokeswoman for Fulham said:

“Mr Kinnock was located in the home stand on Saturday and caused some angry responses when he and his family celebrated the Cardiff City goal.

“He was relocated in The Putney End, the away Stand, where there were a number of spare seats.”

A spokeswoman for Kinnock claimed it was merely coincidental that he and his grandchildren were moved following Cardiff’s goal and that they were only moved due to safety concerns and to allow Fulham fans to fully enjoy their match-day experience.