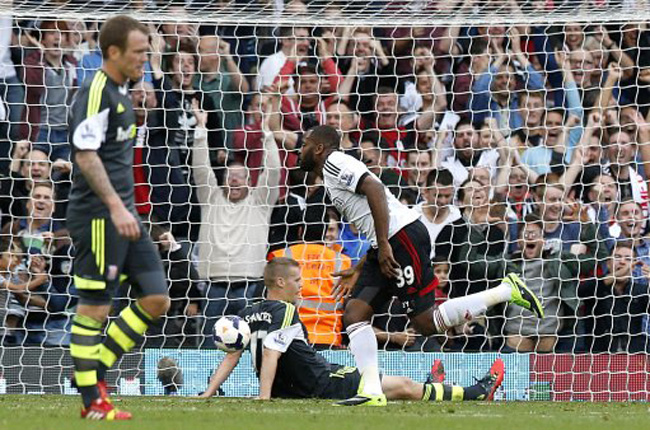 One imagines that Mark Hughes’ default mode is angry bitterness. However, at Craven Cottage on Saturday, the former Fulham boss had good reason to be a bit miffed, after a number iffy refereeing decisions.

Sub Darren Bent would ultimately score the only goal of the game for the Cottagers, but the home side were lucky o still have 11 players on the pitch at that late stage, after Pajtim Kasami, who had a hand in the goal, appeared to strike the back of Erik Pieters’ head. Kasami dodged a red there while the Whites were also lucky not to concede a spot-kick when Jonathan Walters was fouled on the 18-yard-line.

The win eases the pressure on Martin Jol while Stoke now find themselves just two points clear of the drop-zone.