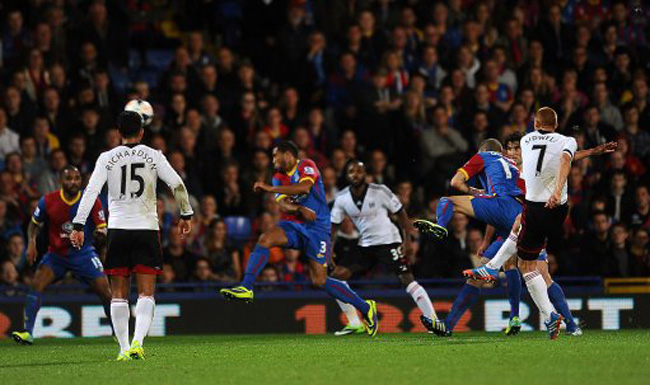 After Arsenal’s selection of wonder-goals served up on Saturday, fellow Londoners Fulham decided to launch a couple more contenders for Goal of the Season at Selhurst park, as the Whites battered a sorry Palace side.

Adrian Mariappa had put the home side ahead early on, but then Swiss international Pajtim Kasani netted a magnificent goal, controlling a long ball on his chest before volleying past Julian Speroni from a tight angle. On the stroke of half-time, Steve Sidwell then conjured up another moment on magic, firing home superbly from out side the box to put Martin Jol’s side.

Dimitar Berbatov and Philippe Senderos both scored after the break to seal a vital win for Fulham and keep Ian Holloway’s Palace firmly in the danger zone.