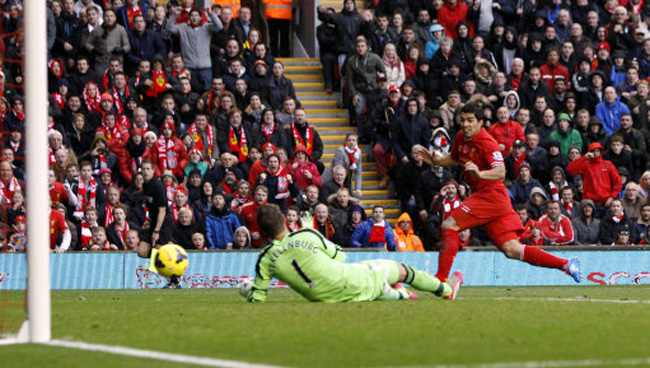 Despite missing a big chunk of the season, Liverpool striker Luis Suarez now tops the Premier League goal charts after firing in a brace against a sorry Fulham side.

A Fernando Amorebieta own-goal gave the Reds the lead on 23 minutes and with Fulham provided very little in the way of a goal threat themselves, Liverpool romped home, courtesy of two from Suarez and a powerful header from Martin Skrtel.

It could have been much worse for the Cottagers, only for a number of superb stops from Maarten Stekelenburg but the lack of any invention from the visitors may well have the powers-that-be at Craven Cottage readying Martin Jol’s P45. As for Liverpool, they bounced back well from their defeat at the Emirates and find themselves staying second in the table.