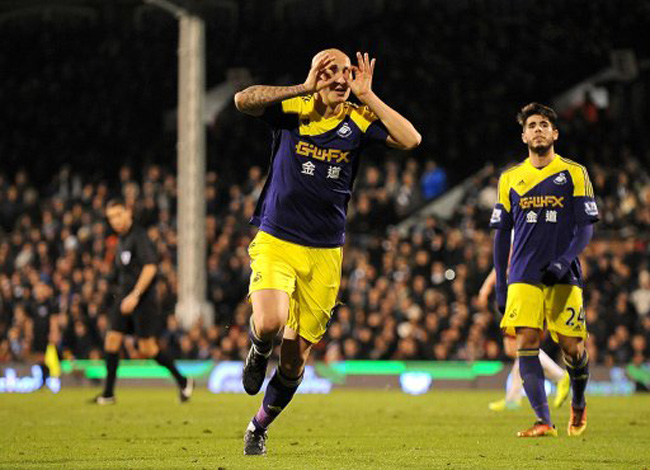 Nothing seems to be going right for Fulham boss Martin Jo this season, and on 56 minutes at Craven Cottage on Saturday, he watched as Aaron Hughes put through his own net to give visitors Swansea the lead.

The Cottagers had created a number of chances in the first-period but failed to make any of them count before going behind to that own-goal early in the second-half. Captain Scott Parker did level the scores soon after, courtesy of his first goal for the west Londoners, but with just 10 minutes to go, sub Jonjo Shelvey netted courtesy of a fine strike to secure a vital win for the Swans.