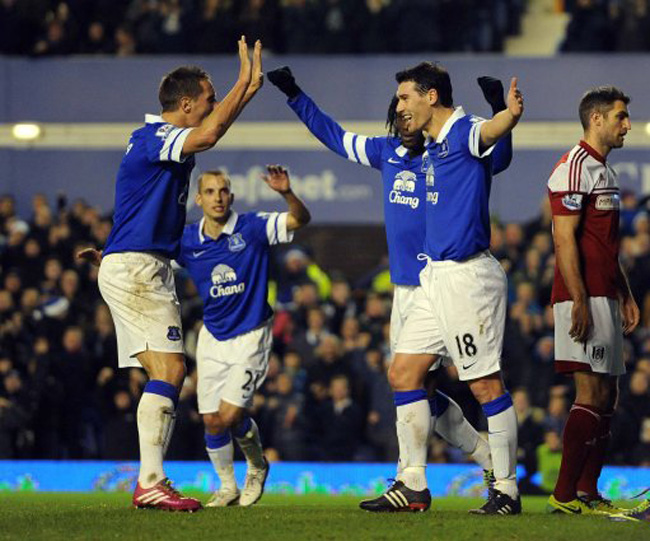 The scoreline doesn’t do Fulham’s performance at Goodison Park on Saturday justice as the west Londoners worked hard to get level with the Toffees only to lose three late goals. Everton bossed the opening exchanges and went ahead courtesy of Leon Osman. However, after the break, Dimitar Berbatov’s penalty kick deservedly levelled the scores as Rene Meulensteen’s side impressed. However, goals from Seamus Coleman, Gareth Barry and Kevin Mirallas killed off the Whites at the end to fire Roberto Martinez’s side back into the top four.