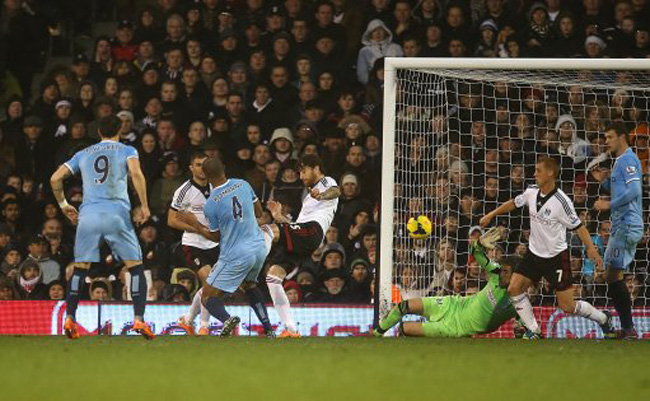 Man City looked to be cruising to a routine victory at Craven Cottage on Saturday, going in at half-time 2-0 up thanks to goals from Yaya Touré (a superb free-kick) and Vincent Kompany. However, after the break, a Kieran Richardson goal followed by a bizarre Kompany OG made for an exciting final act. Ultimately, however, the Citizens’ strength in depth proved its worth, with subs James Milner and Jesus Navas scoring to give the free-scoring City a 4-2 win.