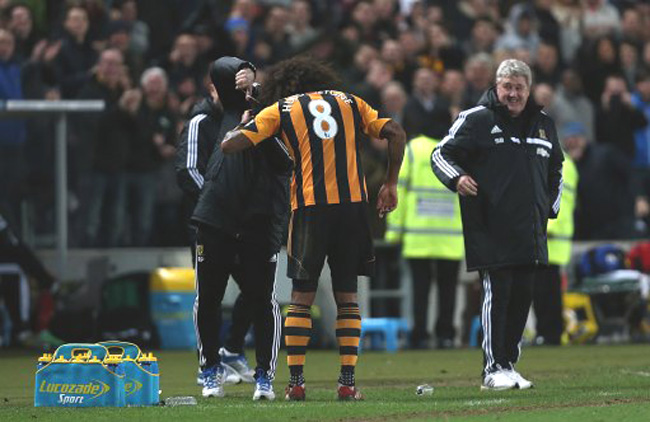 It’s probably fair to say that few people saw this one coming. Hull had hardly been the most potent side this season, but at home to Fulham on Saturday, the Tigers blitzed the visitors in a six-goal second-half mauling. Robert Koren netted a brace, with the other goals coming from Ahmed Elmohamady, George Boyd, Tom Huddlestone and Matty Fryatt as the Cottager collapsed in the second-half. Ending his goal drought, Huddlestone even go one of the Hull staff to cut off some of his hair (as promised) in one of the oddest goal celebrations of the season.  Good times for Steve Bruce while Rene Meulensteen side stay in the drop-zone.