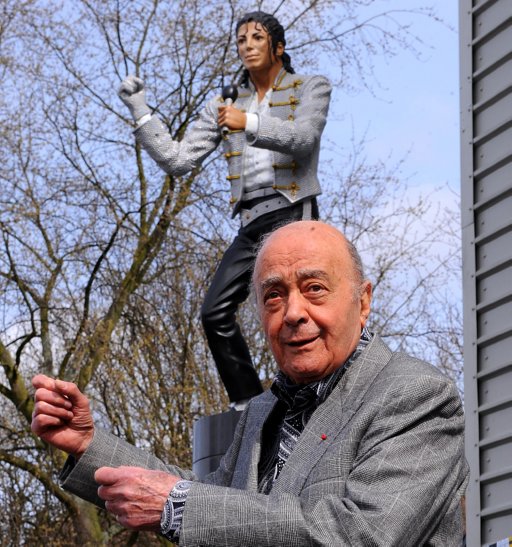 Two men with bubbles on the brain

Regardless of the team being utter bobbins all year, former Fulham owner (and noted thinker) Mohamed Al-Fayed has managed to put his finger on the real reason that the Cottagers bit the big relegation-shaped bullet this season – their new owner’s decision to remove his Michael Jackson statue from outside the ground.

Al-Fayed sold Fulham back in 2011 to American businessman Shahid Khan, who duly removed the ghastly Jacko effigy from outside Craven Cottage last September – and that’s when it all started going tits-up, at least according to the Egyptian wibbler.

“When the new owner decided to move it I said ‘Fine, it is a lucky thing, you will regret it later’,” Al Fayed told BBC Sport.

“Now the new owner will regret it because I warned him. I said ‘You will pay with blood for that’ because it was something loved by people.

“It was a big mistake but he paid for it now. He’s been relegated and if he wakes up he’ll ask for Michael Jackson again and I’ll say ‘No way’.”

Riiiiiight. Now let’s get you back to the home, Mr Al-Fayed. It’s bingo later. You like bingo, don’t you?