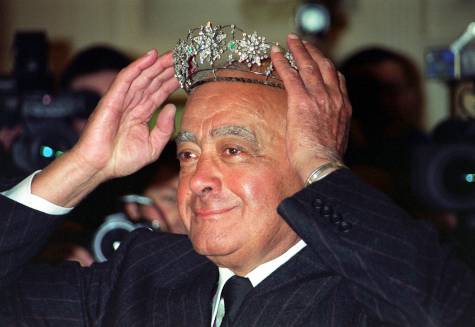 Fulham chairman Mohamed Al Fayed has called for the heads of the FIFA board over their reluctance to introduce goalline technology into the game.

The implementation of said technology has been a hot topic within the footballing community for years but no changes have ever actually materialised due to FIFA’s heel-dragging ways, and Al Fayed, for one, has had enough.

Speaking to The Daily Express, Al Fayed said (with just a hint of gentle racism);

Who put them there in charge of our football? Who elected them there? I have no idea. They rely on African votes, some Katmandu votes, you know, to be elected. But for me, if I were in charge I would sack all those people.”

“I could put on a game at Fulham to say this technology works. It is possible to show that it works. I think I will do that. Definitely. As proof.

Then these idiots who always say no, they can see for themselves and then they can enforce it.”