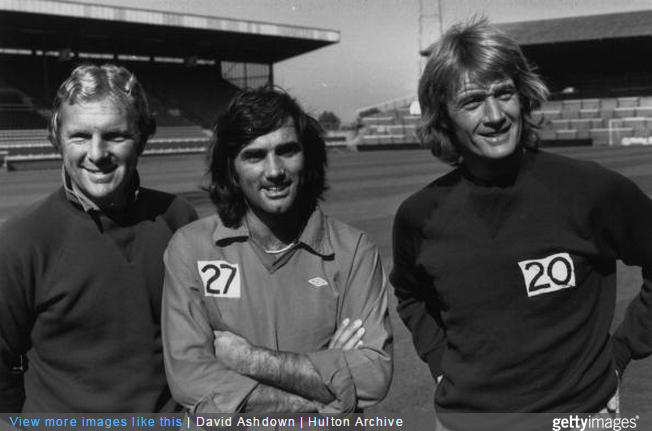 Life has its ups and downs if you’re a Fulham fan, and in the current trough of despair it may bring some comfort to fans of the west London club to be reminded of the day when two genuine superstars joined a third at Craven Cottage to play in the old Second Division.

The then-club captain Alan Mullery had already persuaded the legendary Bobby Moore to leave West Ham and turn out for the Cottagers, while Rodney Marsh had also returned for a second spell at the club.

It was Rod the Mod who cajoled George Best – who was living in the Kings Road at the time – into wandering over Fulham way to complete the stellar trio.

Best made his debut against Bristol Rovers in September, scoring after 71 seconds. Over 25,000 fans turned up the following week to see his home debut against Wolves. The previous year’s opening match had attracted only 9,000.

In those heady early days, the talk was of promotion. But Fulham ended up just a point clear of the relegation zone. The trio, all past their prime, played together only 15 times and Best left complaining of unpaid wages. Although he did later go on record as saying his single season at Fulham was one of the most enjoyable of his career.