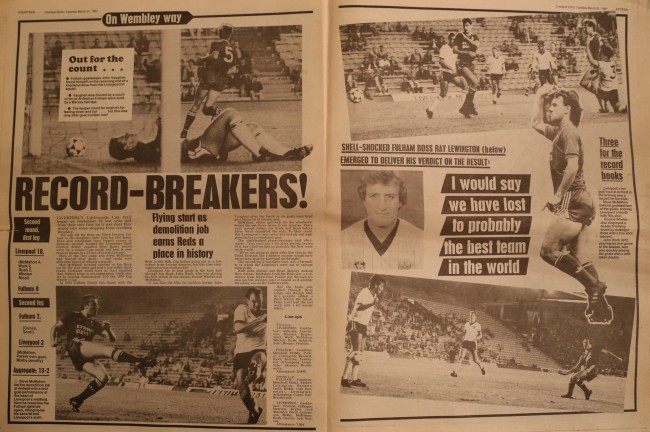 Back in the days when Liverpool used to dominate the footballing landscape and the League Cup was sponsored by Littlewoods, the Reds romped their way to a competition record win in a second round, first-leg tie against Fulham at Anfield.

Liverpool were defending league champions, and had won the league cup four times running between 1981 and 1984. Fulham…well, let’s just say that Fulham had been slightly less successful.

A crowd of just 13,498 turned up to watch Ian Rush and John Wark help themselves to two goals apiece, while the rampaging Steve McMahon scored four times (and even missed a penalty to boot).

The yawning chasm of a scoreline equalled the competition record set by West Ham who had beaten Bury 10-0 in 1983.

The Reds won the second leg too (3-2), and eventually reached the final, only to lose 2-1 to Arsenal at Wembley.