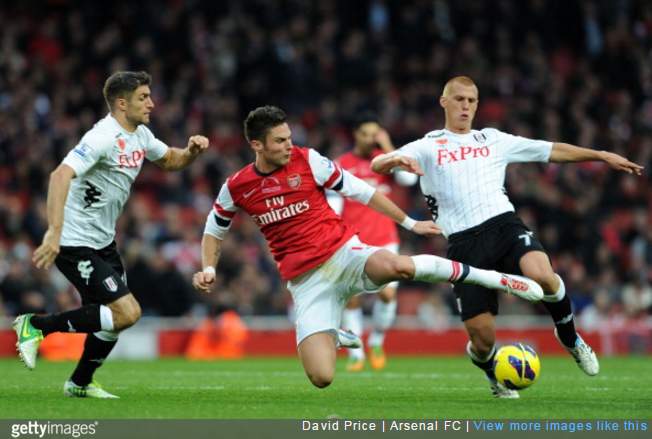 When Fulham sidled across London to the Emirates on 10th November 2012, they did so sitting in eighth place in the Premier League, just behind Arsenal on goal difference.

A crowd of just over 60,000 bore witness to a cracking draw, with the two teams laying on a thrilling six-goal encounter.

With the money looking incredibly well spent at this point, Arsenal’s new signings Olivier Giroud and Lucas Podolski put the home side 2-0 up after just 23 minutes… 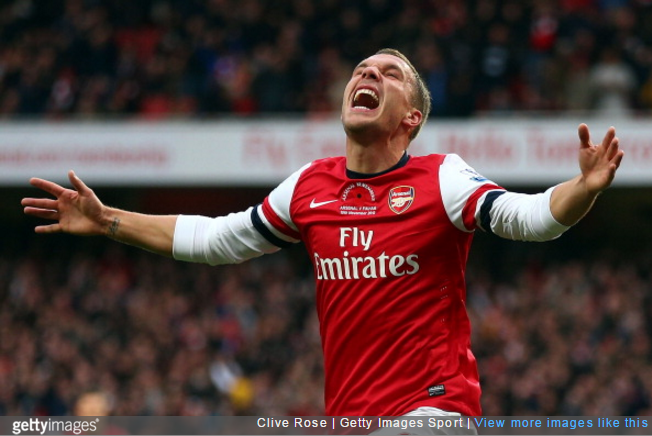 Lukas Podolski, shortly before the buyer’s remorse set in

However, Fulham striker Dimitar Berbatov hit back with a close-range header in the 29th minute, before popping up again 10 minutes later to supply a perfect cross for Alex Kacaniklic to nod in for the equaliser.

In the second half, with 20 minutes or so left to go, Berbatov put Fulham in front, sticking away a penalty after Mikel Arteta bundled Bryan Ruiz over in the box – Fulham suddenly eyeing up their first away win over their cross-city rivals in 108 years.

Alas, those dreams were quickly quashed when Arsenal responded almost immediately – Giroud heading home his second of the match to restore parity.

The blistering end-to-end fun didn’t peter out there as, in injury time, Arsenal won a penalty after referee Phil Dowd rather harshly adjudged Sascha Riether to have handled in the box.

Arteta stepped up hoping to salvage a last-gasp win and set things straight after giving away a penalty himself earlier in the game.

But veteran Fulham keeper Mark Schwarzer defied his creaking bones to get down and save the Spanish midfielder’s spot kick – Dowd blowing the final whistle immediately after the Australian’s dramatic low save.

Phew. What a game.

Weirdly, over in the Soccer Saturday studio, analyst Matt Le Tissier decided to report the news of Arteta’s penalty miss at a frequency only audible to dogs and bats…