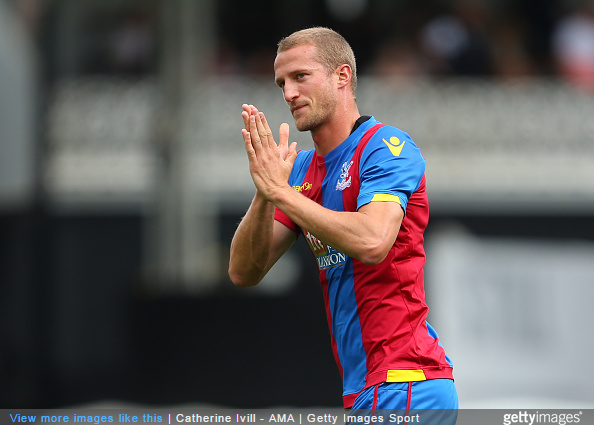 Waffling away on a Norwegian podcast, Brede Hangeland spent a little time reminiscing about his career – specifically the laziest players he’s ever played alongside.

Speaking in a light-hearted interview with Heia Fotball, Hangeland was asked to name XI of the most work-shy fops he’d ever played with.

Used to just lie on one of those thick blue mats in the gym while we were working out.

Totally uninterested in gym work. Whenever we did cardio, he asked the coach: ‘When can we go and play football?’

Great guy, good friend. When he arrived at Fulham, he told the coach: ‘I don’t do weights.’ He didn’t.

As a centre-back, ‘Panzer’ was big, strong but it must have all come from his genes because he never went near the gym.

Amazing physique, athletic, huge potential. Some Mondays, he’d come over to me and say: ‘I’m starting my programme now!’

He’d do five push-ups, sigh, then leave. He would have been incredible if he was serious.

Great player but incredibly weak. Never interested in the gym. Clear-cut pick for my laziest team!

Maybe the best I played with, but struggles with his physique. Never lifted weights. Has incredible balance. Earned the right to not work out.

Don’t think he even knew where the gym was. He was from Costa Rica and didn’t like feeling the least bit uncomfortable.

Always wore long sleeves and gloves. If it was cold or away to Stoke, he just wouldn’t come along.

Strong but hated the gym. Whenever it was time for dead lifts, he’d start feeling his hamstring – every single time!

Never seen a man get so many massages in my life. Whenever we were in the gym, Berbatov was getting a massage.

I knew the guy who gave him the massages. Usually at the end of the season, the players would give all the physios a gift but he’d massage Berbatov for hundreds of hours during the season and he would get nothing.

I was marking Adebayor in midfield. Suddenly he said: ’Ah, I’m hungry.’ I replied: ‘What?’ He said: ‘I can’t wait for the game to finish. I’m so hungry. Do you know a good restaurant in London?’

At Palace, when we had strength workouts, he would sit in the gym with a cup of coffee and a muffin. He was being paid by City, Tottenham and Palace at the same time, and he was sitting in the gym drinking coffee.

Thank god Adebayor was blessed with those golden genes, eh?

Funnily enough, Zaha has since thrown a tantrum over Hangeland’s comments, accusing his former Palace teammate of “lying to stay relevant“.

Dare we suggest that he might have touched a raw nerve?