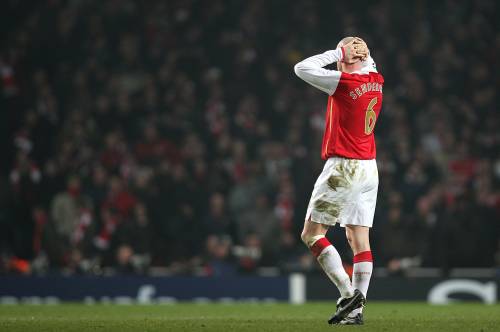 Fulham have confirmed that they have signed Arsenal defender Phillipe Senderos on a free transfer.

The 25-year-old defender, who spent the second half of last season on loan at Everton, will join the Cottagers on a three-year contract after the World Cup.

Senderos was given clearance by the Swiss FA to leave Switzerland’s World Cup training camp for two days, in order to travel to London to negotiate a deal.

“Philippe is a player that I have admired for a very long time since he captained Switzerland to the UEFA Under-17 Championship in 2002.

“He is a strong defender who has great aerial presence at both ends of the field and has a superb work ethic which is a vital component for any team’s success. I am very much looking forward to working with Philippe next season.”

And the player himself also had a few words to say;

“I’m delighted to have finalised my transfer to Fulham earlier today and happy that I am joining the Club during the most successful period in its history.

I will be looking forward to meeting up with my new teammates and of course, Roy Hodgson, a manager I respect very much, shortly after the World Cup.

I very much hope that I can contribute over the next few seasons and that the Club goes on to achieve more success.”

Just how long do you think it will be until the ‘Brede Hangeland to Arsenal’ rumours start up again?