Out on the winding, windy moors we’d roll and fall in green. Here’s the round up… 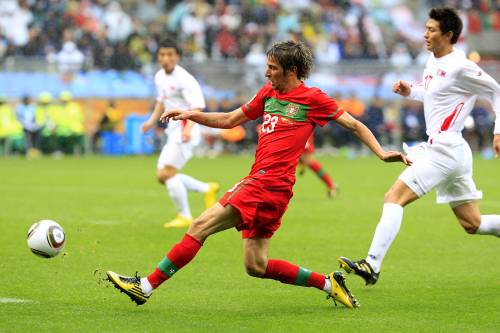 Rumour No. 1: Chelsea have lined up Benfica’s Portuguese international left-back Fabio Coentrao as the man they will turn to, should Ashley Cole decide to flea the instrusive English media this summer and join Jose Mourinho‘s revolution at Real Madrid.

Despite only having broke into the Benfica first string earlier this season, Coentrao has put in an impressive series of performances for his national team at the World Cup. 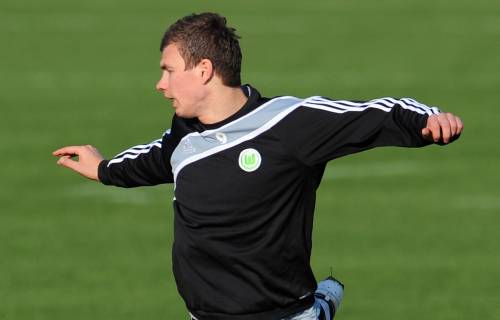 Rumour No. 2: Manchester City have apparently baulked at Wolfsburg’s £34 million valuation of striker Edin Dzeko, but are ready to offer the Bundesliga side a player-plus-cash deal for the Bosnian target man.

City are putting together a package that would see Roque Santa Cruz used as ballast, along with an additional £15 million thrown in to sweeten the deal.

The Best of the Rest: The groin injury that Liverpool striker Fernando Torres suffered in last night’s World Cup final may hamper his chances of leaving Anfield this summer.

Chelsea manager Carlo Ancelotti is keen to sign Real Madrid star Kaka, but the Italian coach has admitted that there is only ‘a slim chance’ of the deal going through.

Everton and Tottenham are waiting in the wings for Manchester City forward Craig Bellamy, who is set to leave Eastlands over the next few weeks.

Arsenal manager Arsene Wenger has rejected the chance to meet with Barcelona representatives in South Africa to discuss the prospective transfer of ‘Cesc Fabregas.

Newcastle United are close to tying up a deal for Dan Gosling, who walked out of Everton last week after a bizarre ‘admin error’, although the Toffees are still hoping to receive a fee for the England U21 starlet.

Stoke are to take on Liverpool in the race for Wigan’s £7-million-rated left-back Maynor Figueroa.

Speaking of Stoke, winger Matthew Etherington has signed a new four-year deal at the Britannia Stadium.

West Ham have made a £12 million bid for Nice forward Loic Remy.

Portsmouth midfielder Papa Bouba Diop is on the verge of joining Greek side AEK Athens in a £3.5 million deal.