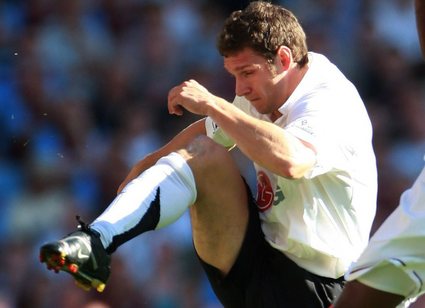 Go on Volzy, my son. Pies hero, superstar diarist and Fulham player, Moritz Volz, has been using his column on the Times’ website to voice his distaste for Sepp Blatter – a distate shared by Pies and most right-minded football fans. The issue particularly concerning Volzy, though there are many to choose from, is Blatter’s plans to limit the number of foreign players in starting line-ups.
He said: “Sepp Blatter, what are you on about? Your idea of limiting domestic club sides to five foreign players in a starting XI to allow home-grown talent to flourish is mad. If you had your way I would probably be working in a restaurant in Germany instead of playing for Fulham.” The Premiership’s loss would truly be the Cologne hospitality industry’s gain, Volzy.