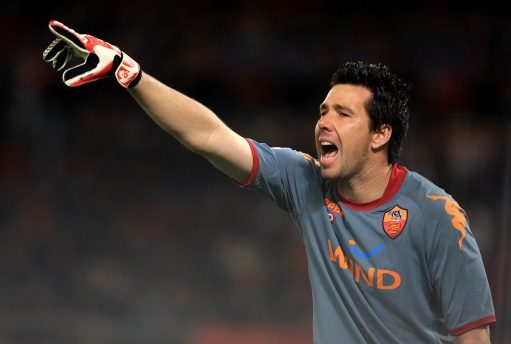 FULHAM are hoping to push through a loan deal for out-of-favour Roma ‘keeper Alexander Doni that would presumably free up their current No. 1, 37-year-old Mark Schwarzer, to finally complete his ridiculously protracted move across London to Arsenal.

The Brazilian stopper has fallen behind Julio Sergio and Bogdan Lobont in the pecking order at the Stadio Olimpico (he failed to make the Giallorossi‘s match day squad for their opening league clash with Cesena), and is thought to be keen on a temporary stint in the Premier League.

Fulham have stated that they are unwilling to allow Schwarzer to leave the club until an adequate replacement is found (a stance compacted by an untimely injury to David Stockdale), so the veteran Australian’s immediate future is currently resting on the Cottager’s ability to secure Doni’s signature within the next hour and 15 minutes.