What are the chances of that? All three of last night’s FA Cup third-round replays went the distance, to penalties. Bristol Rovers knocked out hapless Fulham, Barnet beat Swindon, and Derby County fans at last had something to cheer, when their team got one over on Sheff Wed. at Hillsborough. 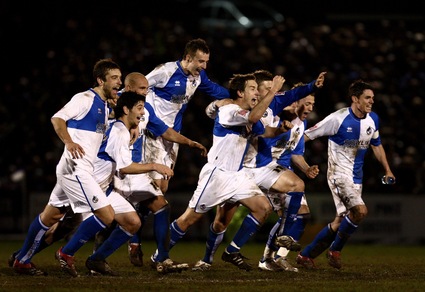 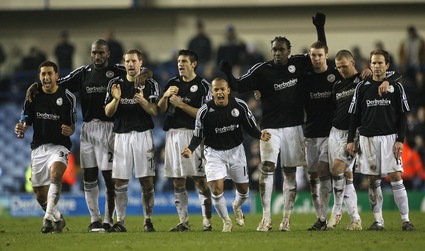 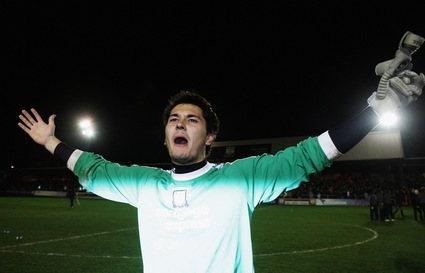 Rob Beckwith, Barnet’s goalkeeper, punches the air following his side’s victory against Swindon in â€“ you’ve guessed it â€“ a penalty shoot-out at Underhill. Swindon took four pens and managed to scoreâ€¦ er, none of them.
Photo Christopher Lee/Getty Images