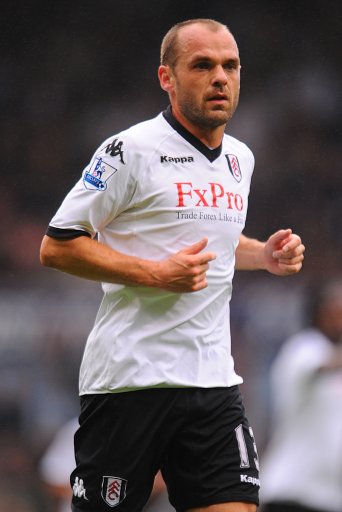 The League Managers Association (LMA) have been quick to criticise Fulham midfielder Danny Murphy for the comments he made last week blaming managers of certain Premier League teams for the current spate of ridiculously hard tackling we are witnessing on an almost weekly basis.

Speaking at a ‘Leaders in Football’ conference in London, Murphy openly castigated Tony Pulis (Stoke), Sam Allardyce (Blackburn) and Mick McCarthy (Wolves) for deliberately ‘pumping up’ their players before games to such a degree that ‘problems would be inevitable’.

However, the LMA have released a statement this very morn, rubbishing Murphy’s claims;

“It is inappropriate for individuals to direct criticism at certain managers who are honest, professional and continue to achieve success on the field with their clubs.

The accomplishments of the managers mentioned should be applauded rather than publicly judged. Professional football managers certainly do not incite their players to go out and cause injury to fellow professionals.

Two of the three clubs mentioned have yet to receive a red card in the Barclays Premier League this season.

Mistimed tackles by fractions of a second will happen and with that there will be a potential risk of impact or injury but in no way does it follow that the actions are either deliberate or encouraged.”

Whether or not Murphy was right or wrong is subject to debate, but how dare the LMA (who have missed the point entirely) admonish him for daring to express a perfectly valid opinion in the public forum?