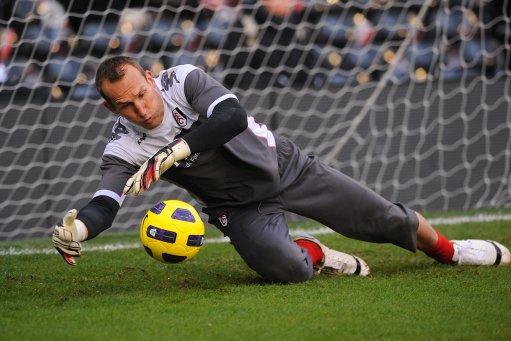 Veteran ‘keeper Mark Schwarzer is within hours of signing a new deal with Fulham, according to manager Mark Hughes.

Schwarzer flirted with a move to Arsenal all summer long, reportedly getting as far as failing a medical at one point, but Hughes seems to think that the 38-year-old stopper will sign an one-year extension to his contract with the Cottagers later today:

“He was obviously very flattered by the interest (from Arsenal), but we’re delighted that he’s decided to stay here and we can move forward now.”

UPDATE: Schwarzer has now confirmed to the official Fulham website that he has commited his immediate future to the club:

“The club, manager and team have all highlighted their desire to see me stay at the Cottage and after successful negotiations I can confirm that my future is with Fulham.”