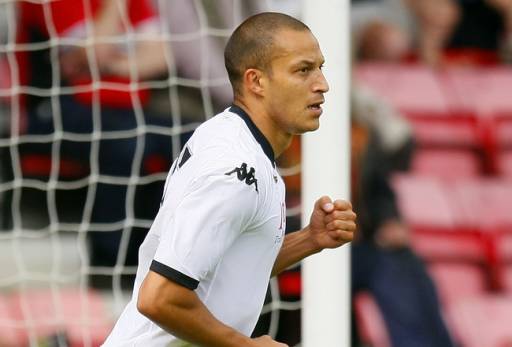 A smidge of good news to start the day with. Fulham have confirmed that target man Bobby Zamora‘s ongoing recovery from the nasty broken leg he suffered nearly three months ago is quite literally ‘up and running’ – in so far as the England striker has begun jogging for the first time since September.

“Bobby went out there and was running on the pitch for the first time. He’s done a lot of work in the gym and worked on the machine that increases the load and the weight bearing he can manage.

“He hit 100% load bearing last week and we have got him outside today. Obviously, it’s very, very early days for him in terms of building up his confidence and getting his body back to where it was before.

“But he is bang on track, bang on schedule and hopefully we will be having him back sooner rather than later.”

Zamora shattered his lower leg against Wolves three months ago, and is know thought to be on course to make a February return.