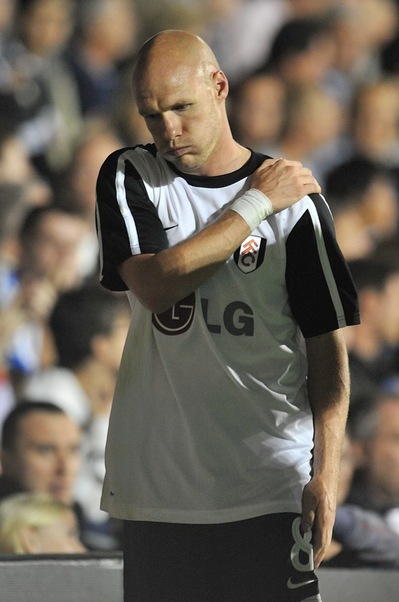 A good win for Fulham last night, against Amkar Perm in the Europe League, was marred by an injury to striker Andy Johnson.
The Englishman scored the opening goal in Fulham’s 3-1 win, in the fourth minute, but in the second half he was body-checked by Perm’s Dmitry Belorukov and suffered a dislocated collarbone as a result.
“The opponent quite cold-bloodedly smashed into him. As a result he will be out for eight weeks,” Uncle Woy Hodgson said after the game.
“I’m tempted to say I’d prefer to have lost and have no injury to Johnson.”

Johnson is a big loss for Fulham, who are light on quality strikers. On the plus side, new signing Damien Duff came off the bench to make his debut.
Click on the photo below to see more pictures from Craven Cottage: