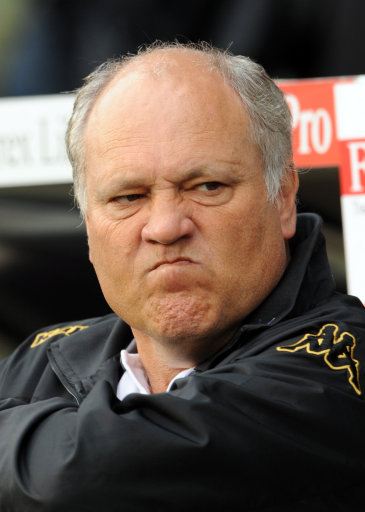 New Fulham boss Martin Jol has been rubbing a number of his players up the wrong way with his brusk management style. The latest in the Jol firing line is young midfielder Pajtim Kasami, who missed a spot-kick in the Cottagers’ Carling Cup defeat against Chelsea last month.

The teenager, who joined the west London club from Palermo in the summer, stepped up to take the penalty after Karim Frei was felled in the box by Alex. However, according to Jol, Orlando Sa was the designated penalty taker and so he, not Kasami, should have taken the spot-kick.

As punishment for taking the penalty himself, the Swiss youngster was fined £500 and according to the very reliable Daily Mail, a number of senior professionals at the club are rather unhappy with Jol’s decision to fine Kasami.

Striker Bobby Zamora, recently called up to the England squad, is another player at odds with his Dutch boss, after he was told, via a text message from Jol, that he wasn’t needed for the Europa League fixture in Denmark against Odense last week.

Aware of the growing rift between himself and Zamora, Jol said: “Hopefully Bobby will start liking me – because I like him after scoring a goal.”

Here’s the (slightly) costly miss itself, filmed by a lovely Chelsea fan behind the goal. It’s just like being there.